Characteristics of a green emulsifier – SESAMULS® WO

Based on Polyglycerine, Sesame Oil and Malic Acid obtained from apples, SESAMULS® WO is a 100% vegetal derived product, palm-free and COSMOS approved.

SESAMULS® WO promotes a liquid crystal network that gives rigidity to the system and makes emulsions very stable. Furthermore, the liquid crystals system enhances the moisturizing power of emulsions as, in the liquid crystals network, the quantity of inter-lamellar water, that can be extremely high, is immediately available when creams are applied on skin. For this reason, emulsions have a shiny surface, a fresh and light feel and leave a light sensation on skin.

Emulsions formulated with SESAMULS® WO are easily absorbed and, although they are rich in natural oily substances, are neither greasy, nor sticky.

A simple emulsion made with 5 % SESAMULS® WO observed by an optical microscope at 250 magnifications in polarized light, shows the particular structure and the evident effect of birefringence, typical of the crystalline form.

A liquid-crystals structure is remarkably similar to the stratum corneum of epidermis and is therefore more similar to skin than conventional emulsions, with the consequent higher power of penetration and spreading of functional components. For this reason, emulsions made with SESAMULS® WO are light, not greasy, fresh with a good spredability. Overturning the conventional wisdom that sees WO emulsions heavy and unpleasant. 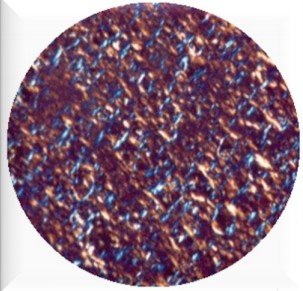